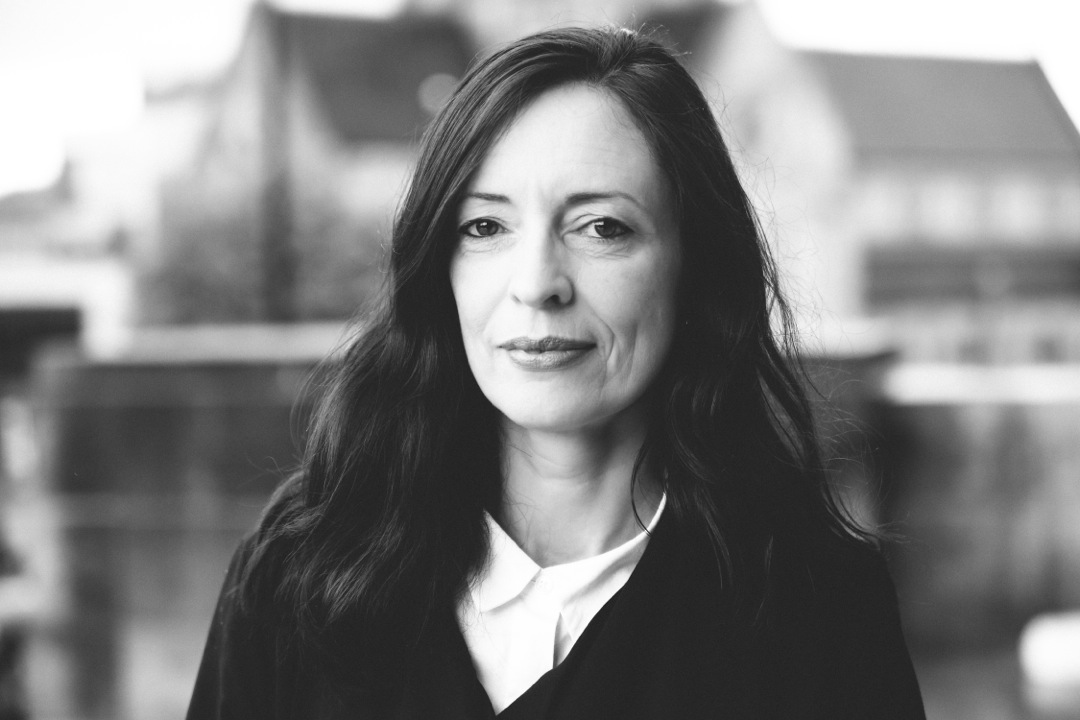 1. Could you tell us about the Curator.Works?

I founded Curator Works in 2015 after leaving The Tetley to provide a framework – both conceptual and administrative – for my new role as a freelance curator. It’s interesting to be freelance again after working within organisations for a long time, and has made me realise how much of the arts conversation, including the funding structure, presupposes the format of the organisation. In many ways it’s a conversation about institutions and roles, and people seem to navigate by these, and to gravitate towards roles higher up the hierarchy in an alarming and maybe also amusing way. It’s great that the Creative Industries Federation are engaging in serious research on the subject of the freelance creative workforce, which continues to grow rapidly.

So although there’s a practical imperative to founding a new organisation, as a way to make sure I can be at the table in certain conversations and situations, it’s also a little tongue in cheek. It’s just a reflection of how the arts work, really. But I’m also interested in how I can make a new artist-led organisation too, armed with the experiences of the past and the research coming out of my PhD at the University of Leeds, where I’m focusing on the artist-led sector across the UK. How to develop Curator Works in a way which is satisfying for me personally, and useful socially, is the big experiment on my horizon. I want to invite other people in to be part of it and to work collaboratively with me on that.

2. You are based in Leeds. Have you been thinking of moving to London or elsewhere in Europe? Do you feel that you have a special mission to do in Leeds as a curator?

No – I’m firmly rooted in Leeds! I’ve lived here since 1990 when I came to study Fine Art at the University, so Leeds has felt like home for a long time now. I do feel like I have a mission actually, which is to help support and develop talent in the city, in terms of artists, curators, writers, technicians, educators – the whole ecology of the visual arts. There is a very productive and committed artist-led sector here, which I’ve been part of since the early 2000s, but I think the city still has work to do to understand and adequately value the critical contribution that it makes to the visual arts. It’s often characterised as ‘DIY’, and imagined to be amateur or temporary, which detracts from the qualities of much of the work that it does. That’s where my heart is, in the connection to artists, curators and audiences that artist-led activity enables differently, and that’s why I wanted to form another artist-led organisation at the age of 46! I don’t see being in Leeds as any sort of disadvantage. The opposite is true – Leeds is bidding to be European Capital of Culture in 2023 which means there’s a huge opportunity to contribute to and help shape the conversation that the bid is sparking in the city. And in any case, you can work internationally from pretty much anywhere these days…

3. How do you see your work as a curator after Brexit? What are your thoughts on that?

Uurgh – Brexit is so depressing and we still seem to be no nearer to anyone understanding what it really means. Of course there are huge concerns about how creative people can continue to cross borders freely post-Brexit, which is so essential for our sector. I felt incredibly sad when the vote came in. Although Leeds voted narrowly to remain, it felt like barriers going up between us and friends in Europe. Britain feels lesser than we were before, and I’m particularly saddened and angry for how it might affect the future opportunities of my 11 year old son. So as a curator I feel it’s more important than ever to be outward looking, to seek to develop European and international projects and partnerships, and to demonstrate that at least part of the UK still believes in human solidarity across national borders.

4. You are also a co-founder of The Tetley. Could you tell us a story about it? How did this program get started and how has it evolved?

I co-founded The Tetley with Pippa Hale in 2013 and was the first Artistic Director there from 2013-15. I’m very proud of the work I did there, particularly with talented curator Zoe Sawyer. But there isn’t space to tell the story of The Tetley adequately here, so I’m saving that for another day.

5. What do you think is different now compared to 10 years ago when you began as a curator? What are the obstacles and how do you overcome them?

I think there are obstacles associated with the freelance lifestyle, because to some degree it’s isolating. For young curators now, there are punishing institutional expectations, coupled with well below par salaries, even from some of the major institutions. But there are still huge numbers of applicants for any job going, it’s such a competitive environment. And there are obvious difficulties associated with the current state of arts funding and how to get projects off the ground. But there are opportunities for freelancers as well: having the freedom to work in different contexts is really refreshing. I’ve just produced an outdoor work by Aidan Moesby and Tim Shaw, called Between Stillness and Storm, which we’re touring to music and arts festival venues this summer. The whole arena of the festival context is new to me, and the outdoor arts sector is growing, so there’s great potential to explore this as an antidote to what can sometimes feel like a narrower experience within the gallery setting.

How to overcome obstacles? Pursue projects that you believe in and then just don’t stop pushing until someone says ‘yes’.

6. What would be your advise to young artists?

I’d never tell anyone not to pursue what they want to do, but I think young artists do need to be both realistic and practical. Don’t wait for anyone to come knocking on the door – make your own projects happen. Don’t buy into the idea that there’s an ‘art world’ over there somewhere, deliberately excluding you! Do your research well and understand the landscape that you operate within. Above all else, work collaboratively with your peers and create work and social environments that really work for you. Make your own art world.

I think artists need access to spaces for working, showing and socialising. They need paid work opportunities, whether that’s about residencies, showing or anything else. They need connections, collaborations and conversations. They need the same rights to grow up and have families and houses and all the things that people in any other sector can expect to have. But as you can see from my previous answer, I don’t think there should be an expectation that someone else will provide it all. The ones that artists make for themselves will be the best ones. Galleries – they come in all shapes and sizes, but only some of them are worth gravitating towards, and that depends upon the individuals who run them, and the sort of institutional culture that they encourage. Beyond the gallery (and its systems of legitimisation and validation) lies a world of opportunity. The gallery is just one possibility among many.