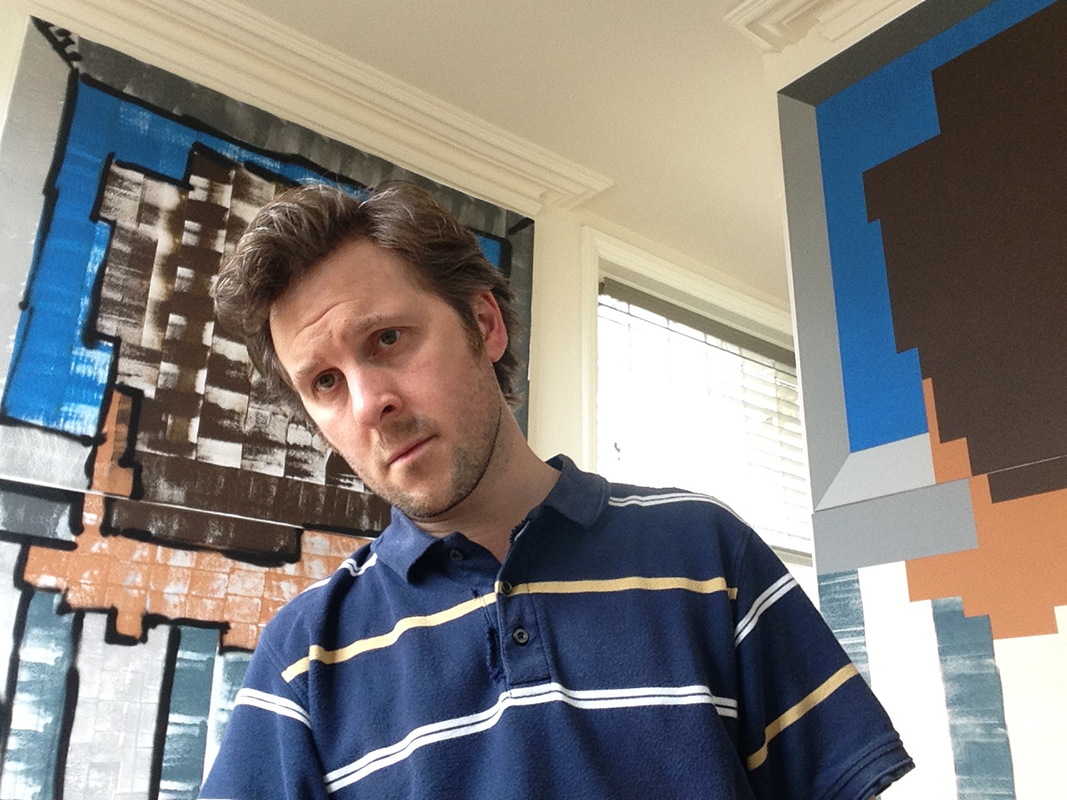 1. Why have you founded Three Works and how did you decide the name for the gallery. I am also curious if you are aware of the project space gallery in Chicago named Three Walls and their program before you chose your name?

The name is a way of making the project manageable by limiting the number of works artists exhibit. It’s also the title of each show. I run the space alone and setting a limit has benefits in that it gives the overall project a sort of coherence and continuity. Some could see it as a bit of an imposition, but the alternative was to give artists carte blanche and that would have been hard for me to get a handle on.

I started Three Works quite by chance. I’m an artist myself and one side of my studio in Weymouth was sun-drenched and impossible to work in. I didn’t know what to do with it. For years I’d thought about running a little project space and inviting artists to take part but I could never find the time or space to do it. Then ideas and events suddenly converged and I just went along with it. I never thought I’d actually make anything happen. But step-by-step it became real.

No, I’ve never heard of Three Walls. The only alternative I had to Three Works was Three Ways but I felt that left it a bit too open.

2. You are moving the gallery to a new building. Will anything change in the program and mission of the space?

I’m moving Three Works to another seaside town. This time Scarborough in North Yorkshire. What has changed is that I now own the building and it’s quite a bit bigger than the Weymouth space on Trinity Street which was a shared space with some access issues. I haven’t built the new space yet, but it will potentially have three discrete areas which will enable me to expand and diversify the program a bit.

3. What is your someday goal for the gallery?

A lot has already been achieved but I would like someday to have a team that I can trust help run the project with me. At the moment I do pretty much everything behind the scenes but I’m not always the best man for the job. The goal, ultimately, is to stay open and to keep it tight and fit for purpose.

4. What are the expectations of artists who exhibit in your space?

You’d have to ask them that. My expectations of the artists is that they come under the umbrella of Three Works and work with it and work with the building and the shows that have gone before theirs. The artists I work with all seem to be really into doing that.

5. Will there be a new identity for Three Works once you reopen the gallery? It looks to me that even the website will be new. Do you think of it as a new beginning?

The website has been redesigned, yes. I’ve cut a lot of the padding off and left the essentials. It’s a new chapter rather than a new beginning. The constraints will stay in place as I think they work.

6. What makes you get up every morning to work on new exhibitions?

5. What do you envision the legacy will be of Three Works?

It feels a little early in the day to talk about legacy, but I hope it stays out of places like London. Regarding the bigger picture, I want people to take what they’ve learned in the cosmopolitan centres and start going back into places that have been neglected or left behind. That’s what I feel Three Works is all about.

6. Has the exhibition program changed since Brexit?

7. In the age of technology and internet, do you think that we need galleries?

I build the website myself which means I see how the website is constructed, and that includes all its little white lies and fictions. So I don’t think the website can ever stand in for the actual exhibitions in any visceral sense. That’s partly because you’re seeing my framing of events when you visit the website. I’ve tried to make this more apparent by re-presenting the shows in grayscale. That’s done partly to make viewers more aware that websites can only point to the shows. They are convenient and they will often do to get to a sort of gist of what took place. But I’d like to encourage people to get on a bus or a train and come along to the occasional opening or whatever. There’s no substitute for being there.